SPRINGFIELD — The 2022 recipients of the Dick Dhabalt Athlete of the Year Award at Lincoln Land Community College have been announced. The award winners are basketball’s Emily Meidel of Danville and baseball’s Jayden Myren of Rochester. 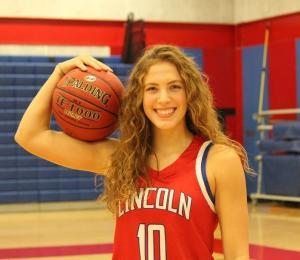 Emily Meidel is a repeat recipient of this award. The sophomore guard and forward averaged 17.2 points per game while rebounding 8.6 boards per game and shooting 47% from the floor. Meidel was named first team All-American, Region 24 Player of the Year, MWAC Player of the Year, All Region 24 section and member of the MWAC first team. She also earned a 4.0 GPA and Academic All-American status. Meidel will continue her basketball career at Eastern Illinois University.

“Emily led our team to a 28-5 record and the school’s first ever MWAC championship in basketball. For two years she has been in the top five in nearly all statistical categories for our region,” says Chad Jones, head women’s basketball coach. “In 21 years as a head coach, she is easily the best player and leader I have ever worked with.” 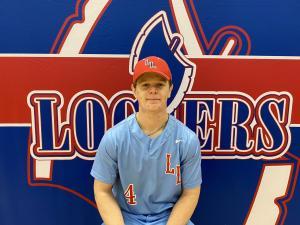 Jayden Myren is a shortstop for the Loggers and ended his sophomore season with a .344 batting average, 13 homeruns, 16 doubles, 66 RBIs and 24 stolen bases. He ranked fifth in the MWAC in HRs, third in RBIs and second in stolen bases.

“Jayden played a huge part of our success this spring. His offensive production propelled our team to our 41-17 record. To finish in the top five in three different offensive categories in the MWAC is not easy to do,” says Ron Riggle, LLCC athletic director and head baseball coach. “We wish him much success as he represents the Loggers next year at Southern Illinois University in Carbondale.”

The LLCC Dick Dhabalt Athlete of the Year Award recognizes annually one LLCC male athlete and one female athlete. The award was established in February 2015 in honor of Mr. Dhabalt, former athletic director, head men’s basketball coach and faculty member, and acknowledges his dedication to education, athletics and students at LLCC.